Sasha, What Are You Doing? 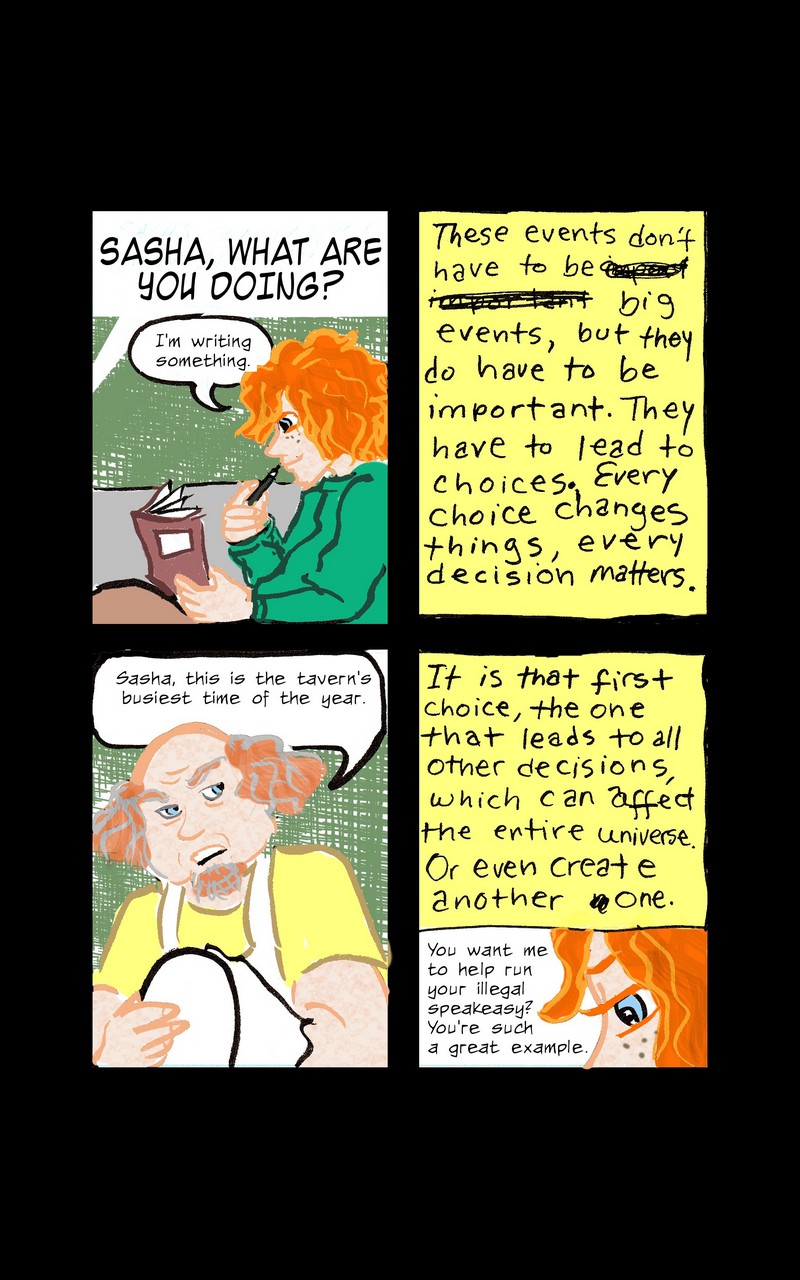 Frame one:
[Sasha is an androgynous looking, young teenager wearing a a baggy green sweater and khaki pants. Sasha is part Russian Ashkenazi and part Chukchi, with blue eyes, peachy maize complexion, ginger red hair, and heavily freckled skin. He is writing on a notebook. Sasha is holding up a pen to his mouth, and while sitting on the floor.]
Shlomo: [Off scene.] Sasha what are you doing?
Sasha: I’m writing something.

Frame two:
Sasha's writing as narrator: these immense don't have to be big events, but they do have to be important. They have to lead to choices. Every choice changes things, every moment decision matters.

Frame three:
[Shlomo has a strong resemblance to Sasha, but he looks considerably older with gray hair and is also heavyset. He is drying dishes. He's wearing an apron and a yellow shirt. Only his upper body is visible.]
Shlomo: Sasha, this is the tavern’s busiest time of the year.

Frame four:
Sasha's writing as narrator: It is not that first choice, the one that leads to all other decisions, which can affect the entire universe, or even create another one.
Sasha: [Sasha's eyes are only visible in the frame, with some locks of his messy curly hair.] You want me to help you run an illegal tavern? You’re such a good example.