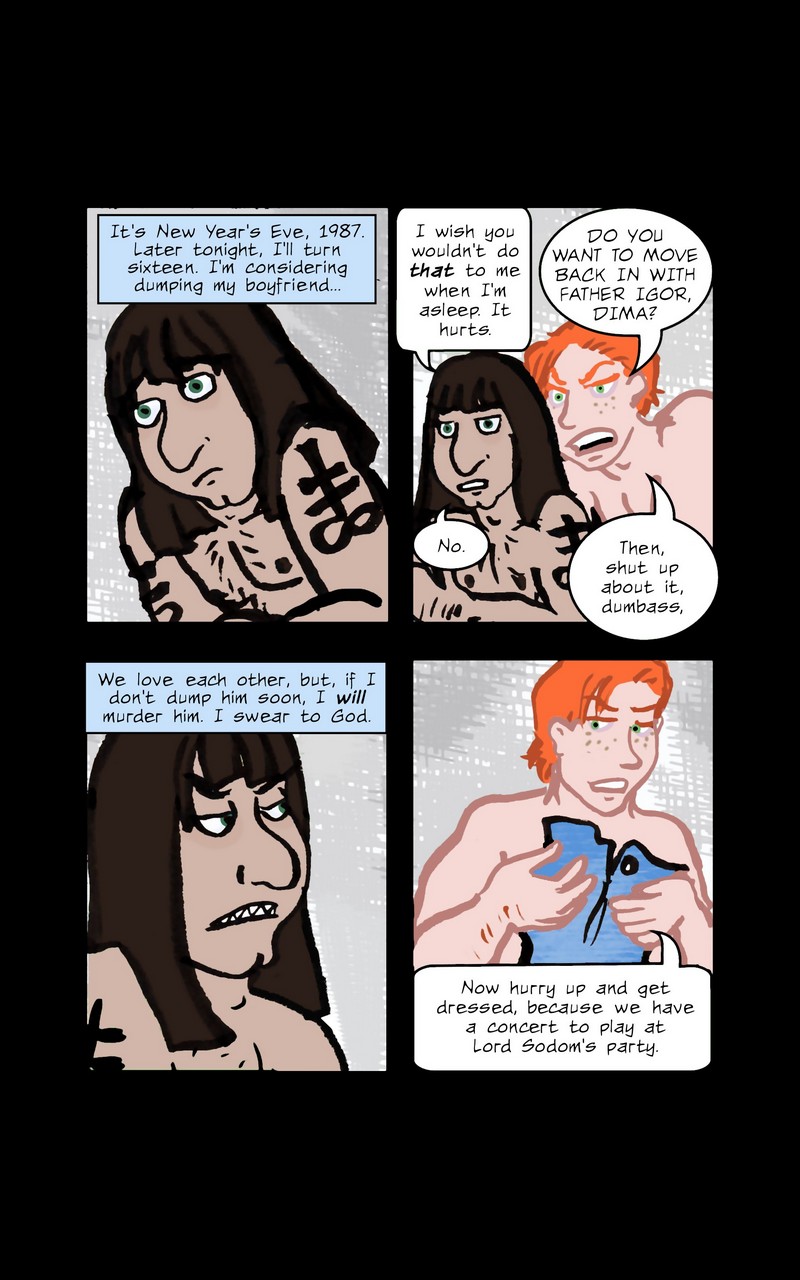 Frame one
Dmitri is huddled with an uncomfortable look in his face. Dmitri, an Eurasian male, is only a few of hours away from being sixteen years old. His hair is long, straight and brown with bangs. He has the alchemical symbol for sulfur tattooed on both upper arms. His face clean shaven but is otherwise hairy. Only his upper body is visible in the frame. Dmitri's eyes are a very dark green that almost borders on black.
Dima narrator: It’s New Year’s Eve 1987. Later tonight, I’ll turn 16. I’m considering dumping my boyfriend.

Frame two:
Dmitri is still huddled and frightened. Ugly Alex, a Russian Ashkenazi Jewish male, is looking over Dmitri's shoulder with a hostile expression on his face. Ugly Alexander is very pale, has some freckles on his cheeks, and has a very muscular build. He is not as hairy as Dmitri. His eyes are green. His hair is reddish ginger and short.
Dmitri: Alexander, I wish you wouldn't do that to me. It hurts.
Ugly Alex: Do you wanna move back with Father Igor, Dima?
Dmitri: No…
Ugly Alex: Then shut up about it, dumbass.
Frame three:
Close up to Dmitri's face.
Dima narrator: We love each other, but if I don’t dump him soon, I will murder him. I swear to God.
Frame four:
Ugly Alex: [Returning another sideways glance. He is holding a pair of blue jeans up to his chest.] "Now hurry up and get dressed, because we have a concert to play at Lord Sodom’s party.

Haha. I was wondering how literal the Catamite part of the title was. Comic does not waste time informing me.
edit delete reply
10th Jun 2021, 12:02 AM
vaslittlecrow